All the Prophets taught the same reality. Each brought a mighty chapter in the one Book of Spirit.

They were spiritual "geniuses" with a "super- human " vision far greater than any normal person...

They bring teachings far, far ahead of their time, a “prescription” greater than any made by men

to heal the ills of the age in which They appear.

The Prophets are Charismatic Leaders-- and so much more...

It is well known that the most galvanizing and compelling movements,
those that can truly captivate the masses and are long- lasting,
are those that spring from some kind of charismatic leader.

The uniqueness of what the religions have that other groups don’t have is the Prophets
Themselves, and that is the power-source that makes them so captivating to so many.

The power of the faiths lies greatly in the matchless Being of the Personage of their Prophets.

It is this force that has created the great religions, unifying and galvanizing
the masses and re-making civilizations throughout history.

For Myself,  I want to be part of that and help in generating the healing that it carries!

The Prophets, far above the ways of men, also had human attributes as well.
They were pure unadulterated Spirit- Voice on one level, but in a mortal body with some of those qualities too.

That’s what Jesus meant in claiming to be both the Father and the Son. 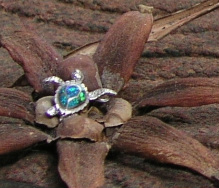 Many of the ideals that started with the Prophets
are now well- known, without credit being given to the
Holy Spirit or Prophet who may have introduced them.

(The Prophets don't care-- They want Their ideas shared freely !:))

Unity First...  The point of these pages is that we are all one family no matter what else we may believe
and so let's get to that which unites us...

Healing for Our Time ...
Some today await a Great Prophet to bring today's Divine Remedy. Baha'is say that remedy must include Unity and the Spiritualization of all humanity. Such a healing is voiced in the Personage and teachings of Baha'u'llah*, whose writings are the inspiration for these pages, which spring from “mining” and bringing out the gems of these and other Prophetic writings.