Independent Multipure Builder #130648
Contaminants in our Drinking Water
Page by Independent  Multipure Builder #130648
Its been 25 years since the EPA has added a new drinking water contaminant to the Safe Drinking Water Act. They regulate for only 76 out of over 2000 chemicals known to be found in drinking water.
Just one example:
In spite of mounting evidence of this health hazard, there are currently no federal health regulations regarding them in drinking water, and this is so for many other chemicals as well.  Drinking water for 15 million Americans in 27 states has been found to be contaminated with a toxic chemical that was used to make nonstick cookware. PFCs (perfluorochemicals) are linked to cancer, thyroid disease and weakened immune systems. Even small concentrations in drinking water is considered a threat to public health, according to the report by the nonprofit Environmental Working Group and Northeastern University. 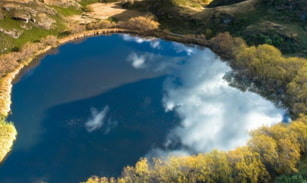 Here is One Example out of many pollution stories unearthed yearly across the U,S, and in other places. This incident at least became exposed early on, unlike many instances.

In January 2014, 10-thousand gallons of a nasty chemical leaked from a rusted containment tank into the Elk River near Charleston, West Virginia. The "unregulated" chemical quickly overwhelmed the filtration system at West Virginia American Water. Three hundred thousand people were left without water for a considerable period. The documentary centers on the spill but examines it from the perspective that what occurred was complete "systemic failure." Safeguards assumed to be in place had been ignored, weakened, excused or were non-existent. No regulation, enforcement, prevention or alarm system worked the way citizens are led to believe they should. Interviewed are environmental experts, activists, journalists and some of the people who lost their only source of water and what little remained of their trust. West Virginia's legacy of catastrophe and crisis relates directly to the giant extractive industries that control the state and its government. The program links past disasters with the water crisis. It posits the idea that the most valuable natural resource in West Virginia is not coal or gas - it's water. This documentary was produced in the year following the crisis. It is the version presented January 9, 2015, at a well-attended event at the state capitol, marking the 1st anniversary of the water crisis.

(From the Vimeo video documentary page) 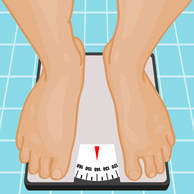 We all need to drink more water for our Health--

Note: If you have congestive heart failure or kidney disease, or if you are taking diuretics, talk to your doctor before increasing your water intake.
​   Notes :Fears of contamination, along with chemical odors for some, lingered for months. With support from a National Science Foundation (NSF) rapid response research grant (RAPID), environmental engineer Andrew Whelton, then at the University of South Alabama, led a research team that went door-to-door taking water samples within days of the spill. The researchers wanted to better understand the degree to which spilled chemicals permeated plastic pipes in household plumbing systems. Whelton's research involves investigating what effect, if any, polyethylene potable water pipes have on drinking water quality, including worst case scenarios, such as the Elk River chemical spill. During the field research in West Virginia, Whelton also worked with NSF fellow and Ohio State University doctoral candidate Krista Bryson, who was videotaping footage for a documentary at the time aimed at communicating accurate scientific information to the public. Some of Bryson's footage was used in this Science Nation episode. Whelton, now at Purdue University, continues to examine the fate of chemicals in plumbing systems. He intends to share his research findings with public health officials and regulators, as well as manufacturers and building designers. Whelton's work is among a set of NSF Grants for Rapid Response Research (RAPID) to study different engineering aspects of the spill.      (From the You tube video -- top of page)
​