Who are the Prophets?

Beings of the Greatest Power...

The Prophet- Manifestations are those few Beings with a great Power to change history.

These most special souls appear only once in a thousand years or so.
Their ideals are so divergent and Their teachings so astounding as to effect a clear break from old traditions and faiths.

Nothing less than a fully independent new religion grows out of the life and work of a
true Prophet- Manifestation of God.

It is these Beings Who are possessed of the greatest power-- that which can transform society,
and it is these that are listed here.

The Prophet- Manifestations who established
independent  religions are well known to history.
They are:
Krishna, Buddha, Abraham, Moses, Christ and Mohammad.

It has been some 800 years since then…

Certain sects of the existing faiths have also appeared, such as
Mormonism, Adventists,* etc.,

but their Founders never broke away from the religions of their origin, so they are not listed here.*

There will be some who claim Prophethood that are obscure & of unknown status..

A noteworthy exception is the Baha'i Faith, an independent minority world religion begun in 1844,

To complete the list above, many Baha'is would say that their Founder, Baha’u’llah,
should be listed with the rest of history’s Manifestations.
You can investigate that yourself, if you wish, by visiting their site at Bahai.org.

* These are well- know n sects of Christianity . 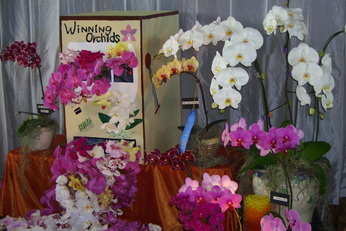 If a Wise One should appear, I pray for grace to recieve that heart of Greatness.

We are all One people, no matter what our values and beliefs.