We don't mean to make out anyone as wrong or bad within these pages, but we see a lot of stuff promoted that is injurious to health. Most people don't know any better, and how can they when the field is dominated and thoroughly confused by profit- mongers?  Those promoters are often just as mis- educated as the majority of people who believe that treatments, cures and so on are the fix they need for health.
Health Protectors 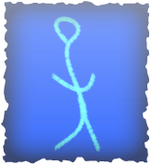 If the most important thing in health is having the right information, and few have that or are promoting it, then how can we protect ourselves?
This is a vital question, and difficult as the field is cluttered with mis- information as well as those promoters who are tied in with big money as well. This very issue has led to the creation of Biocology (TM) , which adheres to the purest, most natural methods taught by the classic masters of health. Their origins, misconstrued and all but lost, work with other tools of body, mind and spirit to enhance wellness through human physiology and motivation. It may take a super- human effort, but we are trying to protect the truth of health and set the record straight, combatting the confusion of so- called cures and profit motives. 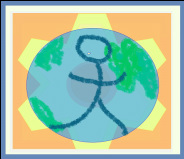